This is the first in a series of interviews TikiKiti will have with independent music videos producers. We will explore their creative process, inspirations, and where they see themselves working in the future.

An interview with Jesse Locke who just produced a new fan-made video for the Arctic Monkeys song, Do I Want to Know. Watch the video.

Jesse Locke has been producing independent films for years. When asked why he makes produces videos he jokingly says, “Fame, fortune — I want it all.” Over the last few years he has been producing fan-made music videos. He started by producing video mashups using found footage on YouTube®, but has since been making his videos with original images. His style shines through with his new fan-made music video for the Arctic Monkeys song, Do I Wanna Know. 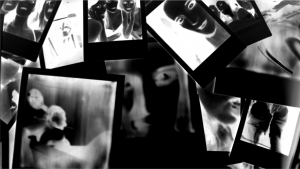 Shot in stark, high contrast black and white — with the occasional shot of blood red splashing across the image — this video shows many of Jesse’s influences. He has always had an affinity with horror films. Quentin Tarantino has been one of his greatest influences. He equates Tarantino with Andy Warhol, saying Tarantino is one of the best pop culture directors with lots of references to old movies and styles.

In this latest video he says he was fascinated with grainy old crime scene footage and William S. Burroughs. The quick editing and repetition of images is evidence of this influence. Jesse says he believes all of his videos have a story even though he usually starts with an image and builds upon that. Especially in this video where the image of a leg in the trunk of a car helped influence the entire video. He is moving away from the lineal narrative. He doesn’t want his video to follow a timeline. The story in “Do I Wanna Know” developed in this manner. One theme that evolved was that of a few women characters in the video being vampire like. As the main character watches them on tv, is he draining them or are they draining him of life? 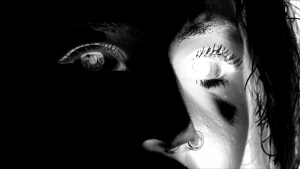 The techniques he uses also influenced the final edit. Jesse says he used a strobe light for some scenes. This caused his camera to develop video glitches. These glitches became part of the video and influenced other effects as well. He called this a “happy accident,” but it seems that his directing styles lends itself to happy accidents. As Jesse says, “I take pride in my ability to adapt to a wide variety of situations that arise during production.” An example was when he had a talent in for a shoot. This guy was allergic to bees and said as much when he saw a bee in the garage they were shooting. The talent slowly moved as part of the shoot and the bee lands on his hand. The bee is slapped to the floor and Jesse kills it. Looking at the dead bee on the ground,

Locke says he is not a dictatorial director. As with most independent producers, his talent is usually not being paid. He doesn’t want to waste peoples time so he works fast. This has lead to him shooting scenes quickly, using whatever elements he has in front of him. Forced to be frugal when it comes to resources means he needs to be more creative to achieve a visually satisfying product. The ability to improvise has helped him become more adept at making the most of many situations, and been key to making a good videos. It was Locke’s ability to think on his feet that got the attention of Steve Perry of the Cherry Poppin’ Daddies. Although he started working with the Daddies as a cameraman, Perry quickly brought him into the role of directing of their videos by asking for his opinion and to experiment with techniques. 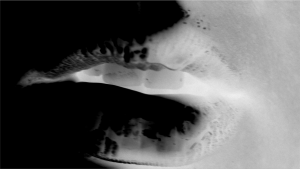 Locke’s business, AMZ Productions, does different types of commercial work as well. He brings the skills learned from making music videos into the everyday work of video production for businesses. His clients rely on him to bring creativity and an alternative point of view to their projects. He found success by taking more of a leadership role in these situations. He realized soon, however, that the idea of being a leader was really about bringing everyone into the production and understanding the importance of their roles.

TikiKiti will be following Jesse Locke’s career. He knows how to turn an idea into a visual reality. And he has the drive to keep doing it. You can find more of Jesse Locke’s videos on YouTube® at AMZ Productions. You can also find him on Facebook.